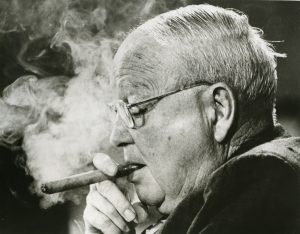 OXFORD, Miss. – The life and achievements of legendary U.S. Sen. James O. Eastland are the topic for a Sept. 29 program at the University of Mississippi.

The Department of Archives and Special Collections will host “Mr. Chairman: U.S. Senator James O. Eastland and the Judiciary Committee” at 5:30 p.m. in the Faulkner Room on the third floor of the J.D. Williams Library. Open to the public, the event is approved for one hour of Continuing Legal Education and Continuing Judicial Education credit.

Historian David Hargrove will share insights he gained in the Eastland Collection on the judicial process while researching an official history of the U.S. District Courts of Mississippi. James Ziglar, who worked as an aide for Eastland from 1964 to 1971 while attending college and law school, will provide a personal perspective on the man and his role as chair of the Judiciary Committee.

“The program is designed to coincide with an exhibit of Eastland Collection material currently on view in the Faulkner Room of the Archives and Special Collections through December,” said Leigh McWhite, political papers archivist and associate professor. “The James O. Eastland Collection holds the correspondence, documents, publications, photographs, scrapbooks and recordings from his time in the Senate as well as personal papers.”

Besides documenting the Eastland’s life and career, the collection covers a broad range of topics on issues ranging from agriculture, the environment, industry and the economy to communism, civil rights and the Cold War.

“The papers are an invaluable resource on local history and public works projects within the state, and researchers can examine constituent correspondence for grassroots opinions on a wide array of international, national, state and local subject matter,” McWhite said. 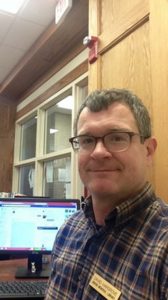 David Hargrove once taught in UM’s Department of History and was a law school librarian. (Submitted photo)

“My discoveries included how the state’s junior and senior senators divided federal judicial patronage, and the candidates for a half-dozen appointments to Mississippi’s federal judiciary during the civil rights era,” said Hargrove, former UM instructor of history and law library staff member who is director of the Gibson Memorial Library in Creston, Iowa.

“There was significant grassroots pressure on behalf of numerous candidates for each nomination, and while Senator Eastland made prompt and courteous replies to all supporters, he usually had a candidate in mind for each appointment. Some attorneys did not hesitate to promote their own candidacies, and to my surprise, a few undertook desperate and even underhanded measures to win the senator’s consideration.”

Ziglar’s 15-20-minute section of the program will focus on Eastland the man and how he personally influenced the Judiciary Committee and its processes.

“I worked for the senator as a very young man,” said Ziglar, whose career encompassed business, government, academia and law. “My various jobs during that period involved a lot of direct contact with Senator Eastland and I was privileged to get to know him on a very personal basis.”

“I hope to convey an image of the man I knew, an image that often is at odds with the seemingly widely-held perception of the senator.”

After law school, Ziglar clerked for U.S. Supreme Court Justice Harry A. Blackmun, served as sergeant at arms of the U.S. Senate, assistant secretary of the interior for water and science, and commissioner of the Immigration and Naturalization Service. He also has experience in investment banking and private law practice.

Hargrove earned his bachelor’s degree in history at the University of Nebraska. He earned a master’s degree in history from UM, and in 2011 received his doctorate, having completed a dissertation on “The American School Discipline Debate and the Persistence of Corporal Punishment in Southern Public Schools.” Hargrove has been an instructor of history at the University of Memphis.

A Democrat, Eastland accepted a temporary appointment to the U.S. Senate in 1941 after the death of Pat Harrison. He then won the seat in his own right in 1943, staying in Congress until his retirement in 1978.

With the accrual of seniority, Eastland assumed chairmanship of the powerful Judiciary Committee in 1956, a post he retained throughout his career. The senator donated the papers to UM in 1978-1979.

The Eastland Collection finding aid, which offers biographical account of the senator and more information on the contents, is online at http://purl.oclc.org/umarchives/MUM00117/.