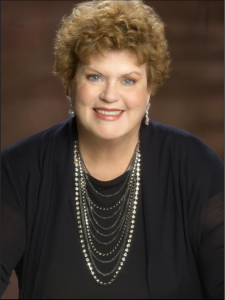 Charlaine Harris, author of the books that inspired the HBO se­ries “True Blood,” has donated several edited manuscripts to Archives and Special Collections at the Universi­ty of Mississippi’s J.D. Williams Library.

“Though I’ve lived in many wonder­ful places in the South, it only seemed right that my work found a home in Mississippi, my state of origin,” Har­ris said. “No matter how many places I live, I was born and bred in the flat fields of the Mississippi Delta, and it’s a part of me.”

Harris, a New York Times best-sell­ing author, has released more than 30 novels in the urban fantasy genre. She began writing plays while attending Rhodes College in Memphis and was first published in 1981 with the novel Sweet and Deadly.

In 2001, she released Dead Until Dark, the first in the Sookie Stackhouse series. The series, whose main charac­ter is a telepathic waitress in northern Louisiana, was the in­spiration for hit HBO vampire series “True Blood.”

Jennifer Ford, di­rector of Special Collections, said she found one of Harris’ manuscripts to be intriguing.

“One of the most interesting aspects of the collection is a typed, annotated manuscript, which was the first manu­script Charlaine sent out,” Ford said. “It is titled, ‘Dead Dog by the Side of the Road.’”

The donation is a great addition to the university’s collection, said Chris Offutt, assistant professor of English, who has written two manuscripts for “True Blood.”

“It’s always great when a writer’s original manuscripts are part of a spe­cial collection,” Offutt said. “They are then available to writers and scholars for careful scrutiny. The University of Mississippi is fortunate to have them. A big thanks to Charlaine for her generous gift.”

Ford said she is grateful to Harris for her unique donation.

“This donation is so important to Special Collections because it adds so much to our literary collections,” Ford said. “Charlaine is a major tal­ent whose work ethic is reflected in her collection.”