Americans and the Holocaust Exhibit

The University of Mississippi Libraries will host Americans and the Holocaust, a traveling exhibition from the U.S. Holocaust Memorial Museum that examines the motives, pressures, and fears that shaped Americans’ responses to Nazism, war, and genocide in Europe during the 1930s and 1940s.

Americans and the Holocaust will be on display at the University Libraries’ J.D. Williams Library (address: 1 Library Loop, University, Mississippi, 38677) along with a series of related special events, from December 1, 2021 to January 14, 2022.

To learn more about the exhibition, visit https://exhibitions.ushmm.org/americans-and-the-holocaust.

For information about parking, visit: https://olemiss.edu/parking/visitors.html

The University of Mississippi Department of History presents, “Southern Jews, World War II, and the Holocaust.” This keynote address is presented by Dan Puckett, professor of history at Troy University and will take place on Thursday, December 2, 2021 at 5:30 p.m. in Bryant Hall 209. It is free and open to the public. For more information, see below: 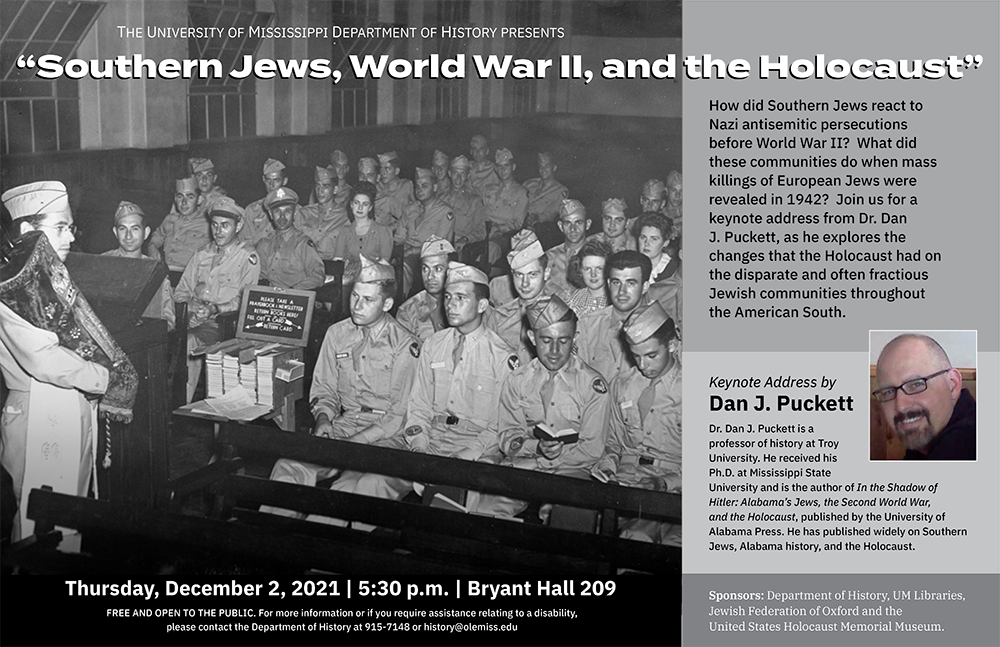 Defying the Nazis: The Sharps’ War – Tuesday, January 11th at 5:30 PM in the Faulkner Room 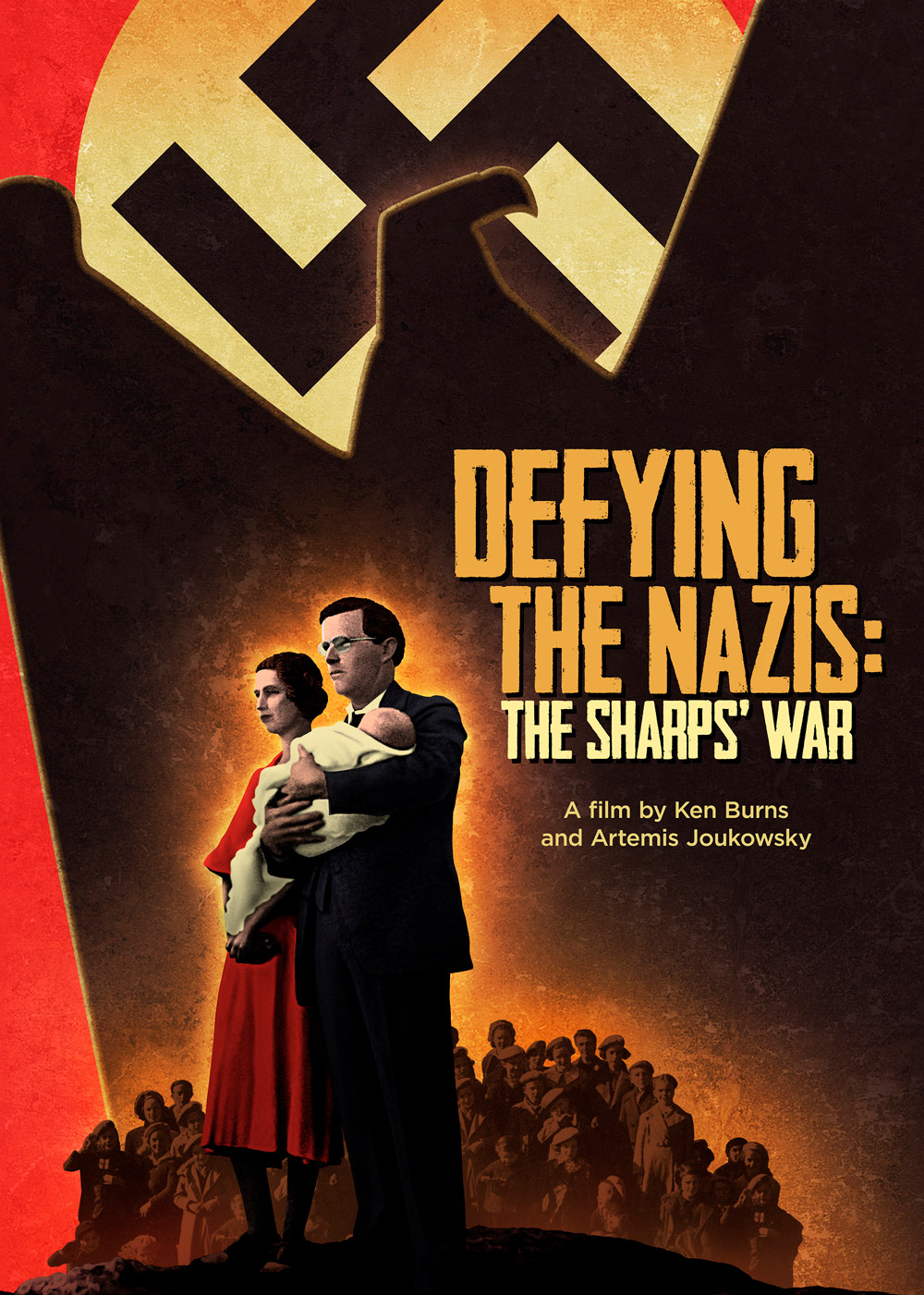 The University of Mississippi Libraries and the Unitarian Universalist Congregation of Oxford presents a film screening of Defying the Nazis: The Sharps’ War.  The screening will take place on Tuesday, January 11th at 5:30pm in the Faulkner Room located on the 3rd floor of J.D. Williams Library. The film director Artemis Joukoswsky, III will join in via Zoom at the end of the film for a Q&A. Rev. Gail Stratton, a community Unitarian Universalist minister, will provide opening remarks.

Description of film: Defying the Nazis: The Sharps’ War tells the story of a daring rescue mission that occurred on the precipice of World War II. It tells the previously untold account of Waitstill and Martha Sharp, an American minister and his wife from Wellesley, Massachusetts, who left their children behind in the care of their parish and boldly committed to a life-threatening mission in Europe. Over two dangerous years they helped save scores of imperiled Jews and refugees fleeing the Nazi occupation across Europe.

The 90-minute documentary is directed by Artemis Joukowsky, III and legendary filmmaker Ken Burns serves as Producer, Executive Producer, and Presenter of the project. Tom Hanks and humanitarian Marina Goldman are the featured actors in the film, lending their voices to Waitstill and Martha Sharp.

Chat With Us
JavaScript disabled or chat unavailable.
Chat is offline.
Need Help? Ask Us!